Surviving The Evacuation: Zombies vs The Living Dead – Free 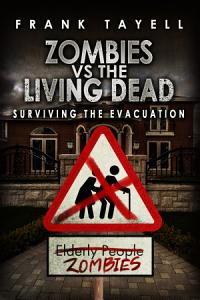 The outbreak began in New York. Within days it had spread throughout the world. Nowhere is safe from the undead.

As anarchy and civil war took grip across the globe, Britain was quarantined. The press was nationalised, martial law, curfews and rationing were implemented. It wasn’t enough. An evacuation was planned. The inland towns and cities of the United Kingdom were to be evacuated to defensive enclaves being built around the coast, the Scottish Highlands, and in the Irish Republic.

For George Tull and the other residents of the Waverly-Price Retirement Home, walking to the coast is not an option. Abandoned by the staff, they wait for rescue. It doesn’t come. When George leaves the illusory security of The Home and ventures into the nearby village, he finds it deserted. But he is not alone, his unhappy retirement is broken by the undead. George is left with a terrible choice; stay and fight to save the people he loathes, or leave and abandon the woman he has come to love.

Birth Of The Phoenix: A Dark Fantasy – Kindle Unlimited »