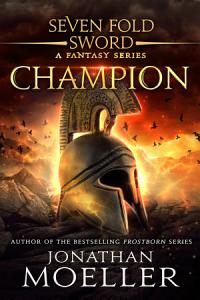 Ridmark Arban is the Shield Knight, the defender of the realm of Andomhaim.

The realm is at peace after a long and terrible war, but dark powers threaten other lands.

And when a mad elven wizard comes to the High King’s court, Ridmark finds himself fighting not only for his own life, but for the lives of his family.

For the quest of the Seven Swords has begun…

About the author: standing over six feet tall, Jonathan Moeller has the piercing blue eyes of a Conan of Cimmeria, the bronze-colored hair a Visigothic warrior-king, and the stern visage of a captain of men, none of which are useful in his career as a computer repairman, alas.