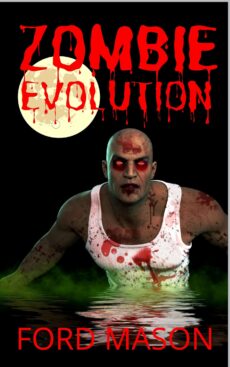 The undead are all over Scotland and the tried and tested method of dispatching a zombie, by putting a bullet through its brain, is no longer effective.

A crack squad of seven expert swordsmen is assembled to prevent the impending zombie apocalypse.

Dryden, a top zombie killer with years of experience, is on the team. But his girlfriend, Zoe, is kidnapped by terrorists who are out to capture a zombie for their own cunning purposes, and they are demanding a crazy ransom.

Can Dryden rescue Zoe? Can the seven free Scotland from this dreadful evil? What can defeat the new breed of zombies, evolved to survive a bullet to the head?

Everything hangs in the balance as zombies are changing … but not in the way Darwin expected!