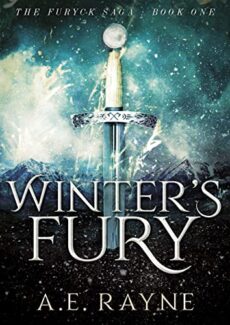 Her father is dead, her uncle has stolen the throne, and now he wants to marry her off to the son of her arch-enemy.

But Jael is a battle-hardened warrior, trained to kill since she was ten-years-old. She doesn’t plan on being anyone’s wife.

His father is threatening him with a wife again, and this time he’s given him an ultimatum: marry Jael Furyck, or he’ll find another heir. But if Eadmund was ever to choose a wife, it wouldn’t be her.

Not Jael Furyck. Not ever.