Who She Was: A Private Eye Mystery – Free 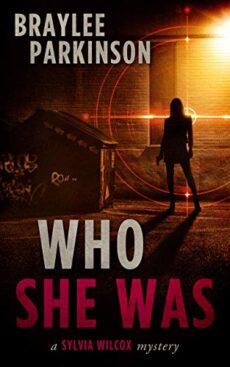 A grieving husband shows up at Sylvia Wilcox’s private detective agency on Christmas Eve and asks her to solve his wife’s murder.

The husband, Carson Stark, doesn’t know why his wife, Liza, was in one of Detroit’s worst neighborhoods, or why anyone would want to kill her.

The police suspect infidelity, but a review of the case files and information leading up to Liza’s murder fails to produce any evidence of wrongdoing on Liza’s part.

As Sylvia works diligently to follow up on any and all leads, she is continuously met with roadblocks thrown up by secrets and lies from Liza’s mysterious past.

About the Author: Braylee Parkinson is the pseudonym of Melanie Parkinson, a former high school English teacher. Braylee was created as a type of alter-ego for Melanie-the school teacher, and she is credited with helping Melanie recognize that it was time to quit teaching and move on to writing. She currently resides in Utah with her husband.

Somebody to Love: A Contemporary Small Town Romance – Free