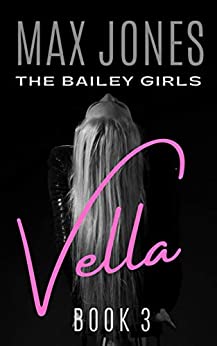 The idea of bedding all four of the Bailey girls had become a secret, but ever growing obsession.

So far I’d had two of the four girls in the sack and, in the months following, became most intimately acquainted with Lena, the eldest.

During the fashion shoot in Tenerife, I spent ten days getting to know her younger sister Nellie very well indeed. And now, Vella, the youngest of the sisters wanted to do a photo shoot with me.

Of course, I wanted to photograph this most beautiful creature with a smile that could melt the heart of any man, but I could not guarantee what might ensue. After all, a fashion photographer may or may not have sex with the girls he photographs, but in order to create great art, he must always make love to them.