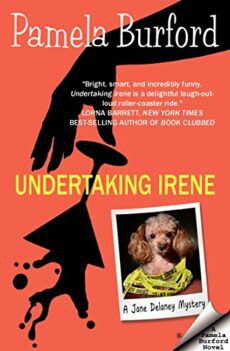 Life gets complicated for Jane and her Death Diva business when she’s hired to liberate a gaudy mermaid brooch from the corpse during a wake—on behalf of the rightful owner, supposedly. Well, a girl’s got to make a living, and this assignment pays better than scattering ashes, placing flowers on graves, or bawling her eyes out as a hired mourner. Unfortunately for Jane, someone else is just as eager to get his hands on that brooch, and he’s even sneakier than she is, not to mention dangerously sexy.

Just when she thinks her biggest problem is grand theft mermaid, things take a murderous turn. But hey, when you’ve teamed up with a neurotic seven-pound poodle named Sexy Beast, how can you go wrong?