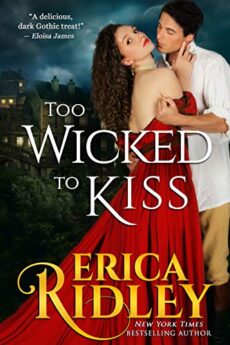 His touch holds her captive.

From the ravens circling its spires to the gargoyles adorning its roof, Blackberry Manor looms ominously over its rambling grounds. And behind its doors, amid the flickering shadows and secret passageways, danger lies in wait … to his every dark desire

Evangeline Pemberton has been invited to a party at the sprawling estate of reclusive Gavin Lioncroft, who is rumored to have killed in cold blood. Initially, his towering presence and brusque manner instill fear… until his seductive attentions and unexpected vulnerability conquer her resistance.

But when a guest is murdered, Evangeline is torn. Could the man to whom she is so powerfully drawn, also be a ruthless killer?