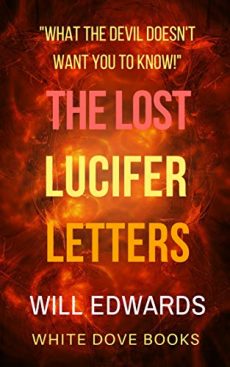 As I picked it up, the first letter fell into a number of separate pieces, so brittle was the paper.

The ink was faint and the archaic script difficult to read. But even as I began to decipher the first few paragraphs, an eerie feeling came over me.

Eventually, I managed to decrypt all of the letters and they were like nothing I had ever encountered. They appeared to be some kind of demonic correspondence that was, apparently, never meant to fall into human hands.

But now, I had that wretched text in my possession, I was left with an agonising dilemma. Should I publish and, in the process, leak the Devil’s uncanny plans to humankind, or should I simply lock the documents away in some inaccessible place for a future daredevil to decide their ultimate fate?

Professor Lewis would be sure to help.

A work of epistolary Christian fiction featuring an exchange of demonic letters written before the dawn of creation. Loaded with rich metaphor, this allegory should appeal to fans of C.S.Lewis’s Screwtape Letters.