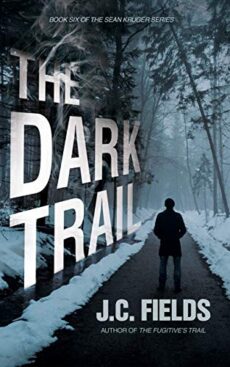 FBI Profiler Special Agent Sean Kruger is called back to the FBI from his special task force when his long-time friend and current Deputy Director of the FBI, Alan Seltzer is brutally murdered during his morning bike ride. As Kruger is thrown into the investigation, he quickly finds out Alan was not the first high-profile African American to die in a suspicious manner.

Now with the loss of his friend and his pending retirement on his 57th birthday. Kruger must endure a dark trail as he rushes to find Alan’s murderer before he is forced to leave the FBI.

Filled with the trademark twists and turns of a J.C. Fields thriller, The Dark Trail will keep you glued to the pages well past your bedtime.