Sins of the Heart (The Sins Series) – Kindle Unlimited 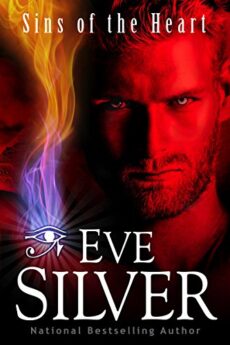 Dagan Krayl, the Underworld’s most powerful soul reaper, is the demigod son of the evil god Sutekh. He’s on a mission to find his murdered brother’s remains and resurrect him, but resurrection means that the secrets carried into death would be released and, with them, a war that could end gods and mankind alike.

Roxy Tam is searching for the same thing, but for completely different reasons. She means to make certain that the remains don’t fall into Sutekh’s hands, and that the soul reapers do not reanimate their fallen comrade. As a Daughter of Aset, Roxy is tasked with the protection of the human race, and if that means thwarting an all-powerful soul reaper and making certain his dead brother stays dead, so be it. But when Roxy sees Dagan face-to-face, she realizes that she has met him once before—a meeting that changed her life forever.

Neither Dagan nor Roxy expects to join forces for the sake of mankind. Or to have their loyalties tested as they struggle against treachery, betrayal and the potent desire that threatens to consume them both.