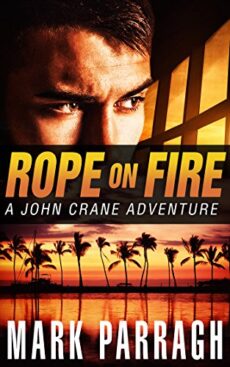 John Crane is an elite secret agent…until his agency suddenly closes. But if the government doesn’t want Crane’s talents, Internet billionaire Josh Sulenski does. Someone’s going to a lot of trouble to sabotage a harmless project he funds. Josh wants to know who and why.

When Crane investigates, he quickly turns up a lot more trouble than he bargained for. On his own and under attack from all sides, Crane makes up new rules for the spy game. His only assets: a talent for improvisation and Josh’s very deep pockets.

From the beaches of Puerto Rico to the gritty alleys of Eastern Europe, Crane works his way back to the man pulling the strings—a ruthless gangster out for global power. With his back against the wall and innocent lives at stake, John Crane charges into a war he may not be able to win.