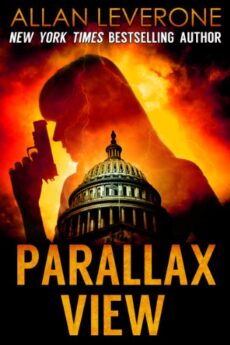 Agent Tracie Tanner is safely back in CIA hands, on her way to take a crucial—and very secret– letter to the president.

But even the CIA didn’t foresee someone crashing a plane to stop her.

With about thirty seconds to spare before she’s burned alive, a good Samaritan pulls her from the wreckage. Thus begins Allan Leverone’s first pulse-pounding entry in his Tracie Tanner spy series, part action-adventure, part espionage thriller, and always a page-turner– but with heart and even a touch of romance.

Tracie’s savior’s a little surprised when she pulls a gun and decrees that she’s not going to any damn hospital, but he’s nothing if not flexible—being an air traffic controller, he’s nearly as cool a customer as she is. He just shrugs, takes her home, and cleans her wounds, little realizing they’re both about to wake up to a fight for their lives.

Forced to go on the run, having no idea who to trust, all Tracie knows is she has to somehow get to the president while staying ahead of an ever-mounting body count and keeping a civilian alive.