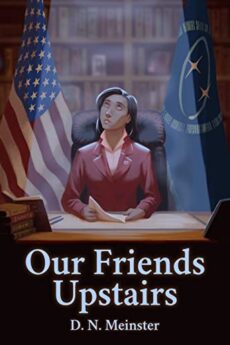 Philippa Roy served as Secretary of State from 2041 to 2045, capping a career in Washington filled with notable successes in the Middle East and China.

Despite her diplomatic achievements, she has only ever had one passion: to solve the Climate Crisis.

In her memoirs, Secretary Roy documents her failure to pass climate legislation in the Senate, her attempts to rally allies to her cause while leading the State Department, and the very unusual path she took to seeing her goal realized.

After multiple setbacks and a dark realization that it may be beyond human capabilities, Roy turned to a higher power in her lifelong quest. We would call this higher power extra-terrestrial. She calls them friends.

« Cora: Rise of the Fallen Goddess