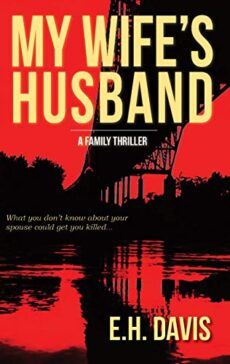 What you don’t know about your spouse could kill you.

Jens Corbin is a comfortable, successful writer, with a wife and a teenage son. After saving a man from a bear attack in the New Hampshire mountains, Jens decides to step away from his popular but formulaic mystery series to begin a new cycle, featuring a female protagonist devoted to saving kidnapped children.

Unbeknownst to him, a convicted murderer has been released from prison after twenty years. A killer who is vengeful, angry. A killer who used to be married to Jens’ wife!

Writing about killers is one thing, but outwitting them in real life is another. How far would you go to protect your family?

An intelligent thriller about a writer who has to fight for everything he’s ever cared about — because of his wife’s hidden past.

Exactly How I Make Money on Amazon – Top Pick »