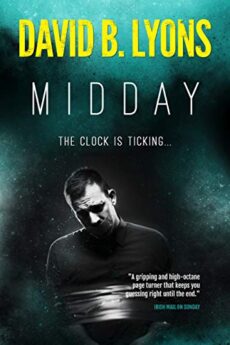 Could you hold your nerve to steal eight million euro in order to save your partner’s life?

Both he and his boyfriend of 10 years, Ryan Harkness, assume they are waking up to a regular working day when their alarm beeps at seven a.m. They couldn’t be more wrong.

Within minutes, Ryan’s life is at stake after wannabe gangster Darragh Galligan forces his way into their plush apartment. He informs them he will be holding Ryan at gunpoint while Vincent is tasked with carrying out a record-breaking heist.

Vincent must visit the vaults of each of the four bank branches he manages to steal eight million euros. If he doesn’t follow orders, Ryan will be killed.

He doesn’t have long.

The KHAN: An ex-Fed’s Mission to Find a Brutal Arms Dealer – Kindle Unlimited »