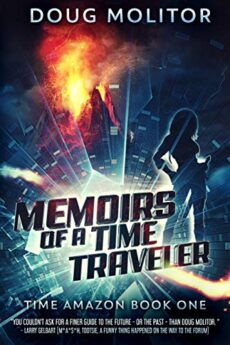 In this fast-paced, thrilling journey through time, archaeologist David Preston comes into possession of a baseball supposedly signed by the legendary Ty Cobb in 1908.

Thanks to Ariyl Moro and her mysterious companion, Jon Ludlo. Except the ball tests out to be an impossible paradox. It was signed with a ballpoint pen (not invented until 1938) using ink that’s several centuries older. But then, Ariyl and Ludlo aren’t who they claim to be either.

Ariyl, a voluptuous 6-foot-3 beauty, turns out to be a tourist from a 22nd century paradise where time travel is the latest craze. Unbeknownst to her, however, her traveling companion, Ludlo, is a psychopath whose thefts are starting to alter history. In a world were even small changes in the timeline can cause catastrophic consequences, Ludlo’s actions may completely destroy the future.

« The Girl From Paradise Hill: The McClintock-Carter Crime Thriller Trilogy: Book One – Free