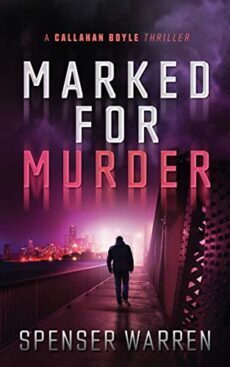 The wrong man is killed in a hit gone bad. A burgeoning drug war between the mafia and a rival gang has reached a tipping point. There’s only one way this can end.

Callahan Boyle is new to his role as top hit man in the Chicago mafia and has a tough target in front of him. After following his mark for weeks, it turns out that when the deed is done that Cal has killed the wrong man. His victim? The seventeen year old brother of a rival gang leader battling with the mafia over drug territory in Chicago’s South Side. On his quest to become a “made” man as a mafia outsider, Cal is caught between a power hungry mafia leadership and a warmongering drug gang. When the mafia and rival gang collide, all bets are off and all lives are at stake. Will Cal get his wish to become made and help the mafia win the drug territory they feel is rightfully theirs? Or does Cal fall victim to the most personal revenge ploy Chicago has ever seen?

« An Invitation To Murder (A Regency Mystery) – Free