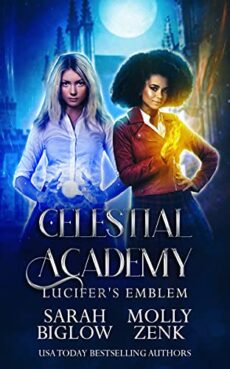 A stolen relic. A false identity. An apocalypse in the making.

Zuri knows she’s next in line to rule Hell, until the theft of a priceless family relic throws her future into chaos. Now, to reclaim what’s hers, she must infiltrate the prestigious Celestial Academy. Even if it means lying her way in.

Miryam’s famous Archangel father treats her like she doesn’t exist, fueling her insecurity and self-doubt. She pretends she’s got it all together until confident, badass Zuri ends up as her roommate.

The longer they spend together, the harder it is to keep up the façade. When they uncover plans to unleash Armageddon, they have no choice but to come clean. With Zuri’s life on the line, her only hope of survival is to trust Miryam. But is their growing bond strong enough to overcome eons of bad blood between Fallen and Archangels?

Kindred: A Tale of Vampires – Free »