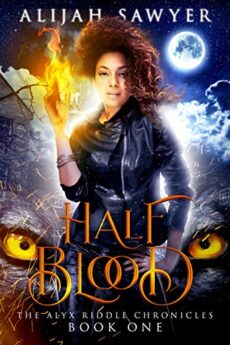 Every harem has a beginning.

This is the heart pounding start to The Alyx Riddle Chronicles. Alyx was a girl in the dark. Tormented by the demons who sent her mother to an early grave. And ever since her mother’s death, Alyx had a growing feeling that there was much more going on beneath the surface of this boring, tranquil life of hers in Pearl.

Then one grim night at the Blakemore Asylum, unknown forces determined to set her on a new path guided her down into the pits of the mad house that she worked. It was there that Alyx would come face to face with the embodiment of the darkness that haunted her dreams.

This thing is what the doctors had said wasn’t real. But what if it is? What happens then?