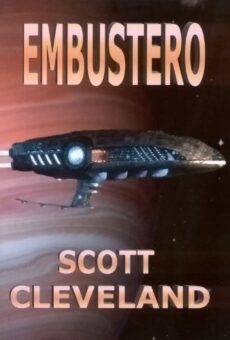 Bad luck brought Shadrack and his crew to Nivia; desperation kept them there…

RELUCTANT TRAMPS
They ran honest cargo when they could; they stooped to poaching and petty larceny when they had to—or when it was convenient—until they put together a stake large enough to pay their way back to legitimacy. When they stumbled on a man near-frozen to death in the middle of Nivia’s largest nature preserve, where no human had any legitimate reason to be, they had a choice: save him, or leave him to the elements. Bringing him aboard might be risky, but how much trouble could one sick and injured local possibly be?

A DESPERATE FUGITIVE
The Nivian authorities and their criminal accomplices wanted Terson Reilly dead—and nearly made him so. Instead he found himself an unwilling guest aboard a grubby freighter with a neurotic crew that seemed to have nearly as many secrets as he did. Terson just wanted to ignore what he’d seen, forget what he’d done, and vanish among Nivia’s vast asteroid mining population. But the Embustero’s captain decided he could use a man with Terson Reilly’s talents, even if he didn’t fully understand what the cost to his ship and his crew might be.

A TROUBLED MOBSTER
Halsor Tennison had greater concerns than a missing and presumably dead Terson Reilly. The Family’s criminal enterprise on Nivia was near collapse, thanks to his own rash temper. His mother demanded the death of his Minzoku mistress, Dayuki, while his scheming cousin and her father aimed to force him into a marriage he didn’t want. Hal didn’t think circumstances could be much worse until a vital shipment vanished in transit, revealing a suspicious tramp freighter that just happened to have been in Nivia’s orbit at the same time Terson Reilly vanished…

« Shopping Cart: An Ecommerce Cart That Makes You Money without Driving You Crazy! – Kindle Unlimited

Be sure to subscribe to our email notifications to ensure you don't miss out.