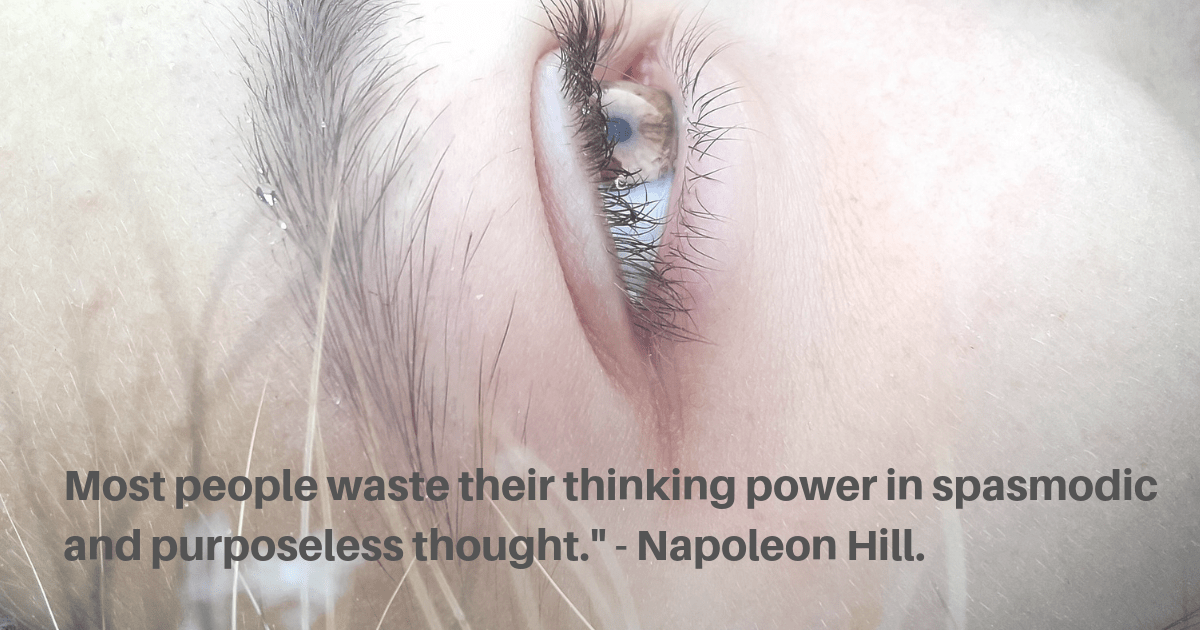 Most people, according to Napoleon Hill, waste their thinking power in ‘spasmodic’ and ‘purposeless’ thought. In introducing the idea of having a major definite purpose in life, he is determined to get people to understand where purposeless thought ultimately leads, and what needs to be done in order to avoid the destination to which most people are aimlessly drifting.

There have been many times that I have heard or read the statistic that 95% of people fail to achieve what they themselves would define as success. Much of the success literature I have read over the years has made the point that, to leave the 95% and join the 5% of people who succeed, it requires a different kind of thinking and the habit of taking actions that are congruent with the desire to succeed. I had often wondered where that 95% figure came from prior to finding it in the writings of Napoleon Hill.

By the way, he does also state that successful people also generally fail or get very close to failure on the route to success. But the difference is that they stay focused on their definite chief aim, they adjust their plans and persist until they succeed. So are you in the 95% or are you in the 5%?

« What Does Success Mean to You?

Rudy’s Goal and How the Universe Helped to Achieve it! »