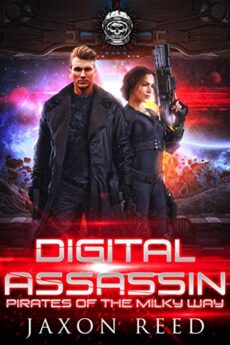 Opposing AI systems battle in a monumental struggle for control of the galaxy. But one planet remains a refuge of independent thought. Lute is home to pirates, harboring ruthless companies of warships hunting for prey.

The pirates are offered the spoils of war, for a price. Captain Christopher Raleigh leads his crew in an effort to snag a lucrative transport on the opposing side. Along with the ship, he snares the Tetrarch’s daughter and several hundred indentured servants.

But not all are who they seem. As the bodies pile up, Raleigh has to figure out who is telling the truth and decide if the spoils of war are truly worth it.