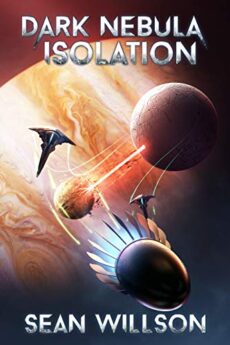 Lies crafted from good intentions. Death spreading through the stars. When the past returns to claim its due, will anyone survive?

Earth Solar System, the Future. Abigail Olivaw is drowning in self-doubt. Hiding a devastating secret from the populace, the President of the Confederation of Planetary Explorers is horrified when hostile aliens arrive to announce they’re putting humanity on trial. Forced to act as her species’ defender in court, she struggles to hide her family’s hidden multi-generational history that could lead to a sentence of genocide.

Epsilon Eridani Colony. Joyce Green’s passion for her job is dwarfed only by her love for her son. So when he dies from a mysterious virus that threatens the entire settlement, the Director of Colonization vows to stop at nothing to discover what triggered the deadly infection. And as she uncovers the truth bit by bit, her heartbreak fuels a berserk need for justice.

Trapped by guilt over a mistake she didn’t choose, Abigail falls into a tailspin when the invaders reveal the facts of her race’s origins. And when Joyce unmasks a traitor, the rest of her people would be lucky to only die from disease.

With their paths on a collision course, will the women’s consequence-laden decisions destroy humankind’s last hope?

« The Girl in the Tide: A Riveting Mystery – Kindle Unlimited