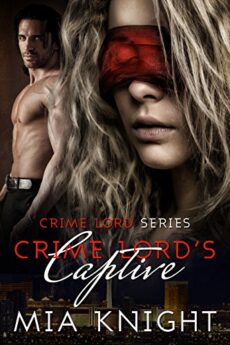 “Come to me, Lyla, and I’ll let your father live.”

Three years ago, Lyla Dalton fled from the glittering lights of Las Vegas and the ruthless man who rules the criminal underworld, Gavin Pyre.

She created a new identity and has been living a quiet life, but that’s at an end. He’s found her and is bringing her back to where she belongs.

As Lyla navigates through the dark secrets of her past, she’s forced to face a man who won’t accept no for an answer from the woman he still claims as his.

Author’s Note: Crime Lord’s Captive is a dark romance novel with triggers, violence, and mature themes that may make some readers uncomfortable.

« The KHAN: An ex-Fed’s Mission to Find a Brutal Arms Dealer – Kindle Unlimited