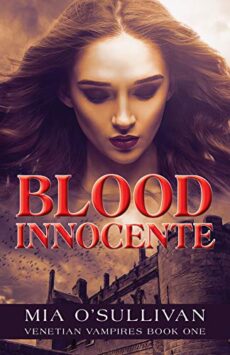 To save Kofi, will Ama become inhuman, or will she fight for both her brother and her humanity?

Young ballet student Ama Coleman moves with her father Dante, her younger brother Kofi, and her Italian stepmother Paloma, back to Paloma’s birthplace of Venice, Italy and soon settles into life in the beautiful Italian city.

Enrolling in dance school, Ama quickly discovers that Venice’s population is far more…species diverse… than she would have ever dreamed. Embracing the alternative scene, Ama quickly befriends the irreverent Bianca, the androgynous Ohni, and the quiet Luca, feeling a kinship with the three young people who exist on the outskirts of their peer group.

When she discovers their secret lives as vampires, they give Ama a choice of whether to become like them or stay human. But when her younger brother Kofi disappears, Ama discovers that her own family is embroiled in a centuries-old conflict between humans and vampires and that loyalties lie on both sides of the divide.

Somebody to Love: A Contemporary Small Town Romance – Free

The 7 Keys to Success – Kindle Unlimited