A Question of Will: Dystopian Scifi Mystery – Free 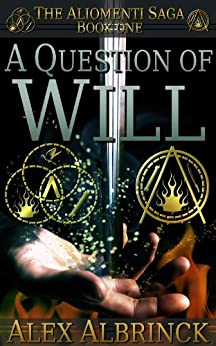 They murdered his wife and son. They burned down his house. They beat him within an inch of his life. And then they realized they had the wrong man.

They should have killed him when they had the chance.

Will Stark is a self-made multi-billionaire, happily married and a proud father. He arrives home to find his house destroyed and his family murdered, and is himself rescued from certain death by a mysterious trio.

His rescuers are part of a splinter faction of a centuries-old secret society that has developed incredible technological advances, and unlocked the method to release humanity’s innate potential, and skills long thought the realm of magic. Will was mistakenly believed to be a key dissident and fugitive, on the run from the primary group, known as the Aliomenti.

Society believes him dead, and Will elects to work from the shadows to learn the secrets of the Aliomenti, secrets that can help him seek his own form of vengeance.

Or, perhaps, become the man they’d sought all along.

« Of Cinder and Bone: A Scifi Action Thriller – Free