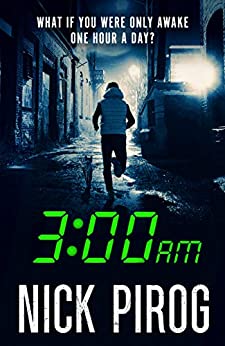 What if you were only awake one hour a day?

Henry Bins has Henry Bins.
A sleeping disorder, named after him.
He is awake for one hour a day.
He wakes up at 3:00 a.m. then falls asleep at 4:00 a.m.
Life is simple.
Until he hears the woman scream.
And sees the man leave the house across the street.
But not just any man.
The President of the United States.

If She Knew (A Kate Wise Mystery—Book 1) – Free